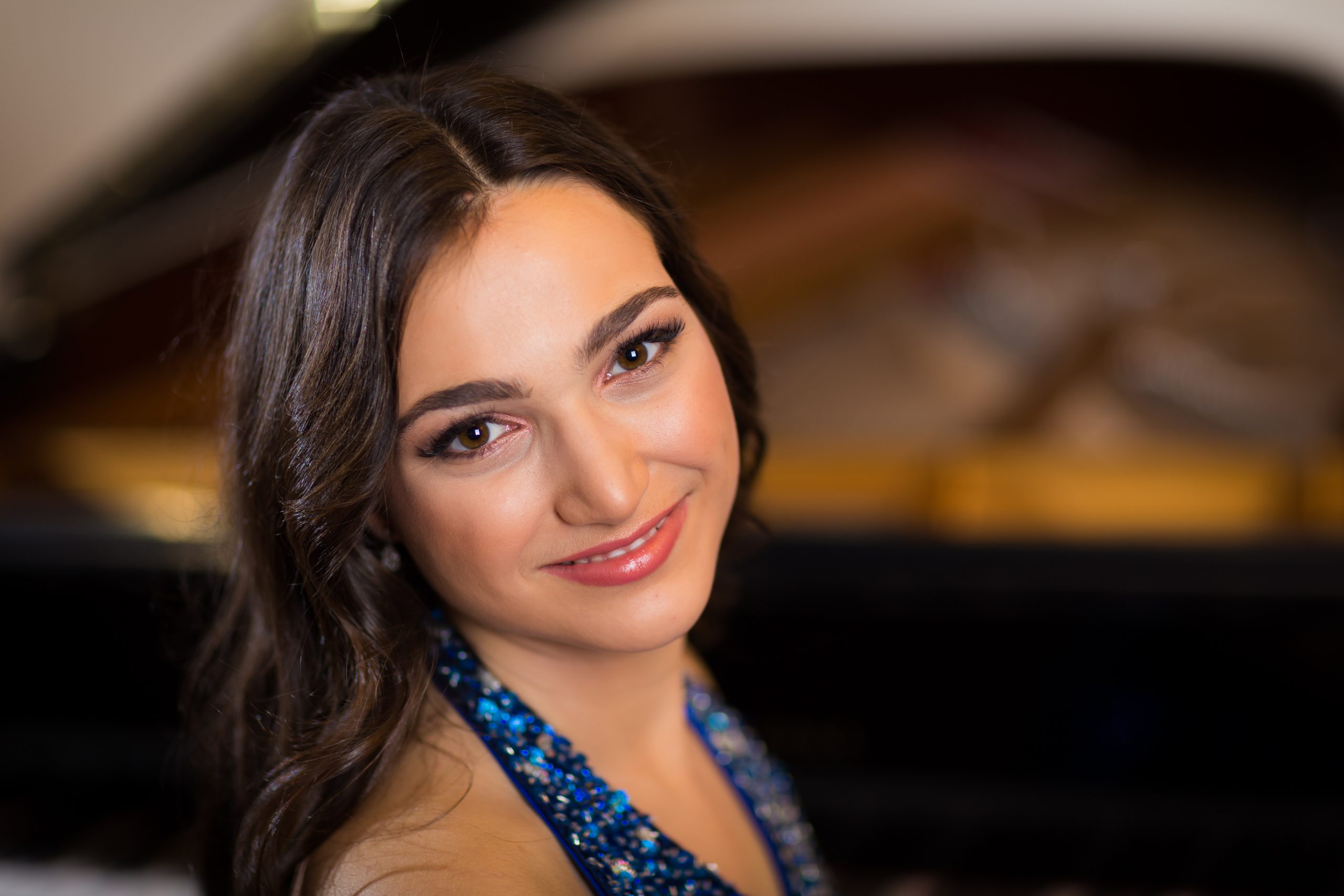 has finished her secondary education at the National School of  Music “Lyubomir Pipkov” in Sofia, Bulgaria, in the piano class of  Prof. Milena Mollova. From March 2021 she is a student in MDW Vienna in the class of Prof. Lilya Zilberstein.

Angela was born on 8th March 1999 and began her musical education at the age of 5. She won her first piano competition with big success in 2010 at the International Competition Young Virtuosos Sofia, Bulgaria – first prize  and Special prize  given by Scene Academia. She has won more than 20 prizes (10 first prizes)  and many special prizes at national and international piano and chamber music competitions, such as International Competition „Euterpe” – Italy – the First Absolute Prize – inscribed in the register of Gold contest; First Prize (in a category without age limit) – “Perusia Harmonica” 2020 – Perugia, Italy; „Ohrid Pearls” in Macedonia; “Virtuosi per musica di pianoforte” in Czech Republic and many other prizes from competitions in Bulgaria, Serbia, Romania and Macedonia.

Angela has had many solo piano and chamber music recitals.

During the years she has participated in many competitions for different scholarships by playing live or with some videos.

She has been granted with a student scholarships from:

She was chosen to perform together with her teacher prof. Milena Mollova and the pianist Kalia Kalcheva at the National School of Music “Lyubomir Pipkov” anniversary concert (110 years from founding the school) in famous Bulgaria Hall in Sofia.

She actively participates in the cultural life of the country and often performs as a special guest in open ceremonies of contemporary artists exhibitions, presentations of contemporary writers books and anniversary celebration of famous representatives of Bulgarian culture.