Professor Neva Krasteva graduated from the Moscow State Conservatory – musicology under professor Y. Holopov and organ under Prof. L. Roizmann.   She specialized organ in Prague and Zurich under professor I. Reinberg.  Since 1973 she has been a lecturer at the National Music Academy “Professor P. Vladigerov”.
Professor Krasteva organized the first organ class in Bulgaria in 1978 at the National Academy of Music and currently continues to teach it at New Bulgarian University. She is a professor of counterpoint and fugue (since 1994).
In 1978 she attended a masterclass on composition in Poland, at Lyusławski, where she presented her “Heterophone miniatures for organ” (1974).
She is a member of the Bach Society in Leipzig.
Since 1974 she has been active as an organist in Bulgaria, Europe and some Asian countries. She performed twice an integral of Bach’s organ works in Sofia. She has various vinyl records released for Bulgarian National Radio (BNR) and Bulgarian National TV (BNT). As a composer, as well as in her overall professional endeavors as a theorist, educator and performer, she established music as the bearer of a timeless deep ethical spiritual message. Nva Krasteva is the author of vocal and instrumental works with organ; works for organ; chamber vocal and instrumental music; choral music, etc. She wrote musical and theoretical studies, the majority of which were collected in “Musical and Theoretical Studies” in three volumes. 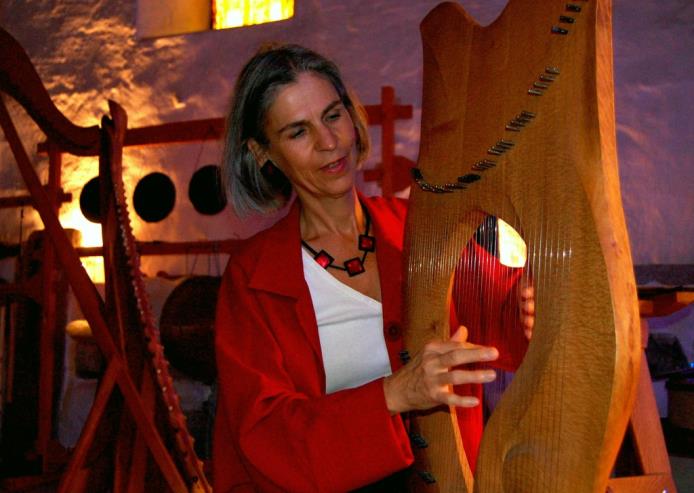 Katharina Flückiger’s set of instruments is unique. It emerged from the long-term collaboration with the sound researcher and instrument maker Beat Weyeneth: the bass string psaltery, the lithophone, the sound harp, 5 bronze gongs, a flute made of elder wood and the small soprano string psaltery. Based on this set of instruments, it became possible to develop original sound spaces and to grasp their quality. “Certainly I was fascinated by these sound spaces. But how can these original sound spaces be adequately awakened to music? “
First of all, however, the task was to learn how to use the new instruments. Katharina Flückiger became a learner without a teacher. Nor could she fall back on conventional music literature. Rather, she had to master a great artistic challenge: to discover the appropriate and appropriate musical improvisation and composition on each instrument …
“I will design the concert in such a way that I wander from instrument to instrument. In a coordinated sequence of improvisation and composition, I will interweave the instruments so that a fascinating musical whole is created. Should there already be a name for this music? It is enough that this music exists with its rediscovered intimacy. “” 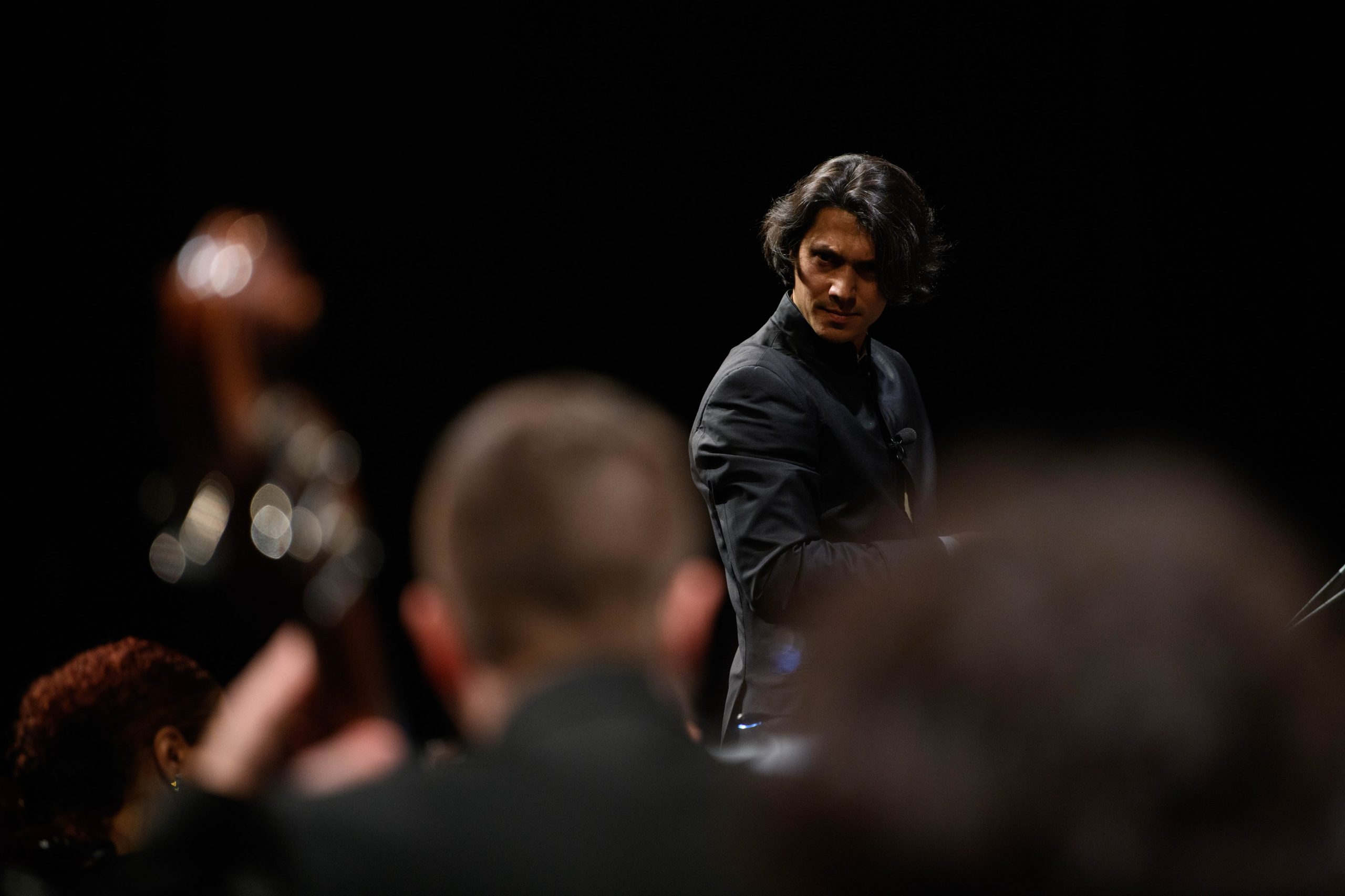 Hailed by the press as “a philosopher among conductors”, Yordan Kamdzhalov was born in Bulgaria in 1980. Following his musical studies in Sofia and Berlin he continued to refine his conducting skills at international academies and masterclasses with Lorin Maazel, Bernard Haitink, Pierre Boulez, Simon Rattle, David Zinman, Daniel Barenboim, Vladimir Jurowski and Esa Pekka Salonen. He became Artistic Director and Principal Conductor of the international Berlin Ensemble Innorelatio in 2006 and served as musical director at the Schlosstheater Rheinsberg from 2007 to 2009.
In 2011, at age 30, Yordan Kamdzhalov was unanimously appointed General Music Director in Heidelberg and named Chief Conductor of the Opera, the Philharmonic Orchestra, and the Schloss Festival. His tenure as GMD saw the city’s highest number of ticket sell-outs in the history of its orchestra and opera. As of September 2018, Yordan Kamdzhalov has been appointed music director and chief conductor of the opera house in Rijeka – the Croational National Theatre Ivan Zajc.
Yordan Kamdzhalov is the co-founder and director of Foundation “Yordan Kamdzhalov”, as well as founder and Chief conductor of the international Bulgarian GENESIS ORCHESTRA.
Commanding a highly versatile repertoire spanning all periods of European instrumental and vocal music into the 21st century, Kamdzhalov views the arts, science and philosophy as a synthetically connected unity.